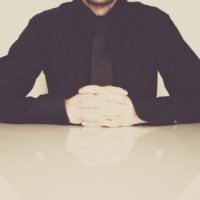 Today’s workplace is undergoing a transformation, and the leadership styles considered most effective are changing. While a traditional approach to leadership involves top-down management, this leadership style does not always engage and motivate employees. Many companies are instead encouraging leaders to adopt a more collaborative approach that makes the line between boss and employee less distinct and helps employees to feel more empowered. The corporate hierarchy is becoming more flexible in order to make room for power sharing and team building. As a result, employees feel a greater sense of ownership over their work and thus become more productive and innovative, which can drive the bottom line of an organization. Following is a look at some common workplace issues and how traditional and collaborative leaders approach each of them. 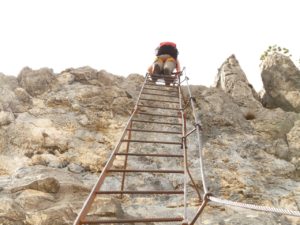 Perhaps the most decisive issue among leaders from both of these philosophies is power. Traditional leaders see themselves as a singular authority. They derive their power from that authority to create a hierarchy. Power often arises from how long people have worked for a company. Those who have worked for a company for a long time slowly progress up the corporate ladder. Collaborative leaders see power in the collective sense. They encourage participation at all levels and take a team-based approach to problem solving. For collaborative leaders, solutions developed with input from everyone are ultimately more effective than those handed down from the top. Collaboration allows for multiple perspectives on an issue so that the final solution is as robust as possible.

Most traditional leaders adopt an annual or semi-annual review process based on corporate policy. The meetings often hang over the heads of employees and can reduce morale. Suppose that an employee has been performing well for 10 months and then is faced with a series of issues immediately before a performance review. The negative feedback that results can damage motivation and increase turnover rates. In a collaborative environment, leaders and employees work together closely, which provides many opportunities for constructive feedback throughout the year. Feedback resembles coaching, and it is delivered in a timely, meaningful way.

Managers traditionally tend to take the lead on innovation, although they may occasionally ask for suggestions from their teams. In a traditional work environment, however, information is closely held, so only managers generally have all the information needed to make the best decisions. More often than not, employees are excluded from the innovation process. In a collaborative setting, everyone has a voice, and leaders encourage team members to bring their ideas to the table. Information is shared, and brainstorming sessions allow individuals to share their unique perspectives and insights on the issues at hand. 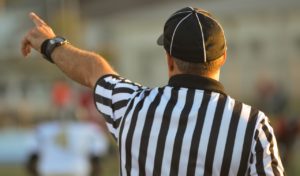 Traditionally, leaders of a corporation reinforce the rules and regulations, which typically spell out exactly how managers and their teams should behave in their specific roles. While this approach provides structure, it also stifles creativity and typically means that team members often work in relative isolation. Collaborative leaders encourage their employees to work together on issues, even if it involves going outside of their typical job descriptions. While rules still exist, they more often resemble guidelines rather than strictly enforced outlines of behavior. In a collaborative environment, roles and responsibilities tend to evolve as an organization grows.

In virtually all organizations, resource allocation is a major challenge. Traditional leaders take a reactive approach to resource allocation, meaning that resources are provided only when upper management deems them necessary. Often, a committee is involved in the approval process, which can take time and may delay projects while also placing extra stress on a team. On the other hand, collaborative leaders place trust in their employees and provide them with resources as they ask so that they are obtained in a timely manner. In this system, work is completed more efficiently and with greater cooperation. 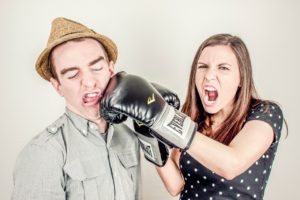 Cultural issues can cause major problems in the workplace if they are not dealt with in a timely manner. Traditional leaders take an individual approach to conflict resolution and deal with the person involved rather than the root of the problem. Often, this approach simply shifts blame instead of pointing to any systematic changes that could benefit the organization. Since collaborative leaders trust their employees, they will look at all sides of a story before issuing judgment and focus more on the cause of the problem rather than on the person at fault. Collaborative leaders involve themselves directly in conflict resolution, which minimizes disruption to the work flow.

One of the telltale signs of traditional leadership involves withholding information from employees. The traditional mindset is that employees should not know more than is necessary to do their jobs. Thus, all information is released on a need-to-know basis, which reinforces the authority and control of management. The collaborative workplace is much more open when it comes to sharing information. Collaboration requires that everyone be on the same page. Typically, collaborative leaders encourage cross-training and continuing education so that all members of a team have a unique perspective on how to address an issue.