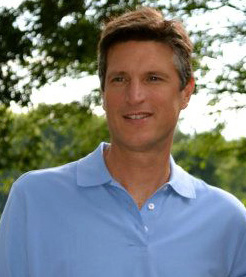 Throughout each twist and turn of his career, Eugene Chrinian paid strict attention to the qualities that make for a good leader. He was learning as the manager of a local furniture shop, by opening his first store, and even now as the owner of seven Ashley Furniture HomeStore locations, Eugene Chrinian is still learning and studying to be the best leader he can be.

To Eugene Chrinian, leadership is creating an environment where things can be accomplished.

As a leader, Eugene Chrinian does not believe that leadership is a natural born characteristic. A person may be born with qualities that make that particular person prone to leadership, but in order to be an effective leader, certain skills need to be developed over time.

Grabbed by a particular quotation from John C. Maxwell, Eugene Chrinian believes the following text represents what it takes to be a leader:

“If you can become the leader you ought to be on the inside, you will be able to become the person you want on the outside. People will want to follow you. And when that happens, you’ll be able to tackle anything in this world.”

“I believe people need to know how much you care”, Eugene says, “before they care how much you know”. This is an important distinction in the life and credibility of a leader. It is not information that drives people to stand behind you, but some kind of passion and commitment that those people would like to be a part of.
In his journey to understand leadership, and constant effort to become a better leader himself, Eugene Chrinian has developed on his journey toward personal growth learning from others who have made the same commitment, and their writings in leadership books such as:
• Management Insights and Leadership Secrets of the Legendary CEO – Jack Welch and the GE Way
• Developing the Leaders Around You – John C. Maxwell
• The Heart of a Servant Leader – C. John Miller

Throughout his years in business, Eugene Chrinian remarks how he has been blessed by mentors and leaders whom have willingly shared their successes and failures with him. Drawing from their wisdom helped Eugene form his path as a leader.Eugene believes that a successful leader must remain humble, and that humility allows continued learning and an ability to welcome constructive criticism.

Eugene Chrinian believes a strong factor in the successful leader is to give credit where credit is due. He believes that a leader’s job is to lead others to success, and to recognize the accomplishments of the individual people he or she is leading. When you cast a vision and give people a sense of purpose, the daily tasks that seem like mountains turn into mole hills.

“A good leader knows how to adapt to change, is always selfless and never satisfied” – Eugene Chrinian.

Eugene Chrinian has begun a Leadership and Philanthropy Podcast. The podcast includes recent news and highlights in the fields of philanthropy, charity, and leadership. Podcasts will include topics of recent discussion in what makes a successful leader, outstanding moves made by people acting on behalf of others. To listen to Eugene Chrinian’s Leadership and Philanthropy podcast, find it on Eugene’s SoundCloud, and look for movie clips as well on his Vimeo account.