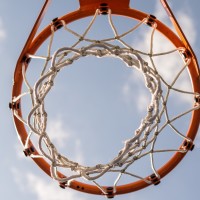 The term leader is typically applied to business applications, often indicating the position of Chief Executive Officer in a successful company. However, all leaders must start somewhere. In the case of Jennifer O’Neill, that start comes in the form of the leading player on the University of Kentucky’s basketball team, according to an article recently completed for the Kentucky Kernel. O’Neill was a crucial component of the team for the 2013-2014 season. She led the team in scoring with 12.6 points per game and 3-point field goals. She was the team’s offensive game plan, leading UK to a 19-4 record on the season. O’Neill even managed a double-figure scoring game. All of these achievements combined earned her the title of most valuable player for the season.

What’s even more impressive is when her size is considered. Standing at five feet six inches, O’Neill is actually considered short for her sport of choice. However, despite her lack of height, O’Neill has a commanding presence, fulfilling the requirements of a leader for a sports team. In sports, a leader is often a player who is dedicated to working towards the team’s ultimate goal. The team’s leader is a figure that other players look up to for guidance outside of their coaches. A leader is usually assumed to be a dominating player that controls not only the locker room, but also the opponents on the field or court. O’Neill does just that, serving as support for her teammates when they need it. In addition, she has often been spotted arguing with Matthew Mitchell, head coach for the team; in the process, she followed her heart and said what she felt needed to be said. As a result, she not only earned the respect of her teammates, but her coach as well.

O’Neill will continue to be a valued member of the team for the 2014-2015 season. She serves as one of four seniors playing on the team; however, it is suspect that she and Bria Goss will be the two seniors seeing the most playtime in the season. It is the hope that O’Neill will contribute just as she did last season, leading the team to their sixth consecutive NCAA Tournament appearance.