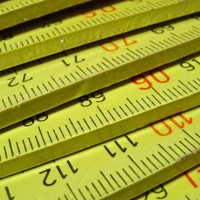 Revolutionary leadership requires fresh minds; sticking with the same pool of eyes on an idea can result in only stagnant and stale approaches and solutions. However, in the case of executives in the United Kingdom, it appears this is not an option. Instead, the pool of Chief Executive Officers and officials company’s choose from appears to operate as an exclusive club, with only certain members being seen as potential leaders for companies, according to an article recently completed by Forbes.

It has long been an accepted fact that the pool of executives in the United Kingdom is not only limited, but exclusive. Several years ago, the very group of individuals deemed that it would be too difficult to increase the number of women to make the endeavor worthy. This declaration reinforced the elitism of the industry and the inherent need for mutual and familiar recommendation.

However, a study produced by Hire Rite, Limited, a global due diligence company, entitled The Untouchables: Protecting Your Organization From Leadership Risk, confirmed the previously assumed fact that the leadership pool was simply an exclusive club. For the study, one hundred and forty Human Resources directors for some of the United Kingdom’s biggest companies were survived. The study found that sixty six percent of these Human Resource directors admitted that they failed to verify the background of new members of their organization. Thirty one percent of new Chief Executive Officers to the company do not undergo due diligence tasks during the process of their appointment. In addition to this, twenty four percent of Human Resource directors believe board members never once had their qualifications, work history, criminal record or social media profiles researched prior to employment; this statistic applies to the entirety of the board member’s entire careers. Specifically, forty five percent of Human Resource leaders say they know of companies where Chief Executive Officers go through significantly fewer interviews and tests than newly hired graduates. In addition, thirty seven percent of these leaders admit that this is the case for their own company.

This is not due to a lack of qualification on the part of those working with Human Resources. Ninety three percent of Human Resource members declare that they are able to carry out due diligence practices. However, forty nine percent admit that they assume the candidate simply wouldn’t lie on their resume. In addition to this, forty nine percent of executives win their position based purely on their connections. All of these statistics combine show an executive pool riddled with lies and faults. A call for improvement is beyond necessary.