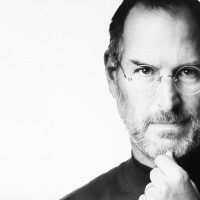 On paper, Steve Jobs did not appear to be a smart move in running a business.  He had no degree and very little experience in the endeavor.  However, he was able to make Apple into the empire it is today, based purely in his skills as an amazing marketer.  An article recently completed by HubSpot lists several lessons all businesses could take from Jobs’ means of marketing.

Several fundamentals must be settled first, if a company or an individual is to be successful in marketing.  No matter how skilled the individual may be, they must seek out mentors—those who are more experienced and knowledgeable than they are.  Jobs had assistance from several key figures that helped him develop marketing principles the company still employs to this very day.  A great product is obviously also necessary.  Many marketers will take any product they can get their hands on—no matter the quality—and think they can dress it up with the use of flashy ads.  That is certainly not the case in Jobs’ approach; he insisted on having a solid product as the foundation of ads.  Finally, Jobs did not fear spending money for the production of a quality ad.  To produce their infamous 1984 commercial, Jobs spent nine hundred thousand dollars to produce the piece and an additional eight hundred thousand to run it once during the Super Bowl.  Spending the large sum of money was a huge risk, but it paid off, as the commercial stirred as much communication as the actual product itself did.

This is a persistent theory of Jobs’, who believed in creating a movement and community, not just a cloud of customers.  He would often create an experience, which would receive just as much hype as his actual products would.  Every keynote address delivered by Jobs drew in lines like a Beatle concert.  Every release of a new product drew in swarms of customers waiting eagerly in line, to do their duty to support the community and movement.  This was certainly the case for the 1984 commercial, as well as his “Think Different,” and “I am Mac,” campaigns, which stirred much more talk than the products themselves.  In essence, customers become evangelists—passionate advocates for Apple.  It allows consumers to feel as if they are part of a team.

Part of this is a bit of storytelling.  Nothing joins a team together better than a common enemy.  It was a frequent marketing technique of Jobs’ to create an enemy for his customers to dislike—IBM, Microsoft and Google.  Through these ads and addresses, he’ll speak of the enemy as a large corporation looking to overtake Apple—the underdog who wishes only to preserve freedom.  Through this, Jobs created a movement—a rebellion, of sorts.

Presentation in ads also set Jobs apart.  Where most marketers relish in releasing as much information on their oncoming products as possible, Jobs sought secrecy.  Months before the release of a new product, small information would leak, prompting rumors and gossip, to the point that, by the actual release date, a frenzy had broken out over the product, making it a simple must-have.  Tied to this secrecy is a subtlety in advertisements.  His ads focused on the people who use Apple products, not the products themselves.  For example, in his “I am Mac” campaign, very rarely were any products even mentioned.  He simply focused on the type of person who uses Mac products, to draw in and develop that community unity further.